*Lunch is not served at the Summit.

Thank you to our sponsors! 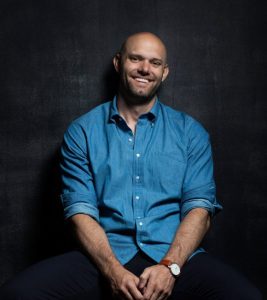 James doesn’t merely report the research of others. He tries out the concepts for himself as he experiments with building better habits as an entrepreneur, writer, and weightlifter. In the end, his talks end up being one-part storytelling, one-part academic research, and one-part personal experiment, forming a colorful blend of inspirational stories, academic science, and hard-earned wisdom.

As of 2021, his book Atomic Habits has sold over 4 million copies worldwide, enjoyed over a year on the New York Times bestseller list, spent over 33 weeks on the Wall Street Journal bestselling list, and topped Amazon’s Most Sold List for over 31 weeks. Readers have given the book consistently high ratings: Amazon (4.8/5 stars), Audible (4.8/5 stars), and Goodreads (4.32/5 stars). Atomic Habits was also featured three times in the WSJ Bestselling Books Week Ended June 2021 under the topics of Hardcover Nonfiction, Nonfiction E-Books and Nonfiction Combined.

His thought leadership regularly appears in the New York Times, Entrepreneur, Business Insider, Medium, and Time, and he is a regular guest for CBS This Morning. In addition, he helps millions of visitors each month through his website and hundreds of thousands subscribe through his popular email newsletter.

He is a regular speaker at Fortune 500 companies and his work has been used by teams in the NFL, NBA, and MLB. Through his online course, The Habits Academy, Clear has taught more than 10,000 leaders, managers, coaches, and teachers how to improve.

Audiences come away from his talks learning how to: 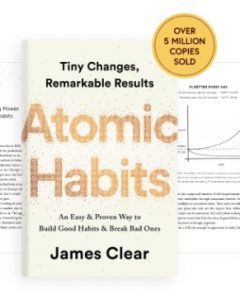 James is a supporter of the Against Malaria Foundation, donating five percent of his income to support AMF in distributing nets to protect children, pregnant mothers, and families from mosquitos carrying malaria. It is one of the most cost-effective ways to extend life and fulfills his bigger mission to spread healthy habits and help others realize their full potential. 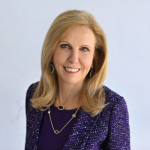 Dianna Kokoszka is known for her real estate career where her drive for innovation allowed her to receive Denver businesswoman of the year three times, entrepreneur of the year four times, and serve under three different U.S. presidents on their advisory board for small business.

She went on to become the CEO and president of Coaching and Training for Keller Williams Realty International, where she grew the company to a $500 million company and the number one training company in the world five years in a row, placing them in the Hall of Fame for T125. She was honored with Profile of Power in Austin Business Journal, Top 10 coaches in America, Swanepoel top 200 list of most powerful leaders.

Dianna is also a John C. Maxwell certified coach. She is known worldwide for her transformative training programs and commitment to adding value to everyone she meets.

At the Sioux Falls Leadership Summit, she will be showcasing her new discovery of the 20 mindsets that affect who we are and the choices we make. Attendees will learn the skills to harness their mindsets and select mindsets that best serve them.

Dianna currently lives in Lakeway, Texas, just outside of Austin. 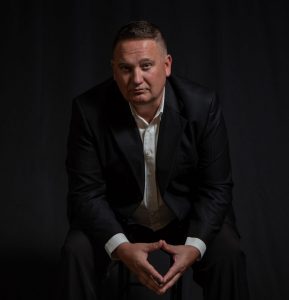 Larry Young is the owner of Boiling Frog Development, a business development and leadership development consulting firm which helps organizations achieve their growth plans through the development of their team and their processes. Some of the largest companies throughout the United States look to him for advice on how to grow and develop their team as well as their business.

Larry is also a sought-after professional speaker, author, venture capitalist and serial entrepreneur. Larry has been featured on national podcast, radio interviews, and numerous TV and print media outlets. Young has spoken to tens of thousands of leaders looking to develop their business and their leadership to become their best. His book, “Walk the Sales Plank,” is designed to help sales professionals win the clients of their dreams and is launching his second book in July on how to develop your team and organization to become a dominant competitor.

Prior to launching his business, he gained a reputation in the corporate world as the ‘market resuscitator’ by growing $400 million dollar business lines from scratch and taking dying markets and bringing them back to life. In his corporate tenure, he had over 60 direct reports promoted to senior level positions. His philosophy has always been that if you want to grow market share, you must grow your people.

Larry will unveil his new national message at the Sioux Falls Leadership Summit, called “Becoming the Hero of Your Own Story.” His talk is designed to have participants see themselves as the best version of their future story and walk away with the tools that will accelerate their personal development to heights never thought possible. Participants will realize that achieving their highest success is truly possible.

Larry currently lives in Sioux Falls, S.D. and has offices in South Dakota and Mesa, Ariz.