SME is an active and vibrant organization. Check back here often for the latest meetings, gatherings, events and fun activities. We’ll see you there.

The Power of Followership 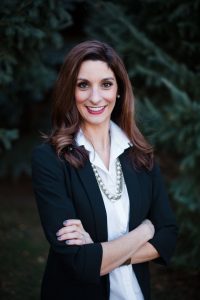 As a culture, we have been often told to “lead and not follow.” In fact, much time, attention, and money is spent training leaders to most effectively mentor and guide their organizations. However, there is another important side of the leadership story—followership! Why do I care to be a good follower and how does that transform and train me to become an effective leader? Attendees will learn how followership creates leadership, leadership informs followership, and hear a fresh perspective about their powerful role as a follower and leader in a new and empowering way.

Leah Georges, Ph.D., M.L.S., approaches most questions as if they are 50 percent math problem and 50 percent art project. Her Ted talk about how generational stereotypes hold us back at work has been viewed nearly 2.5 million times from folks all over the world. Leah’s training at the intersection of social psychology and law taught her that facts are rarely altogether factual, answers are seldom black and white, and the most fascinating explanations happen in that gray area in between. It’s a mess in there, but it’s worth it.

Leah is an assistant professor in Creighton University’s doctoral program in interdisciplinary leadership, where she challenges herself and her students to explore complex, real-world problems and create data-driven and interesting solutions. As a leadership and research methods professor, Leah has been recognized as an award-winning educator and advisor by her students and peers.

Leah is also actively involved in the Omaha, NE community through several nonprofit organizations, including as President of the Nebraska Innocence Project, an organization dedicated to improving the criminal justice system through education and reform. 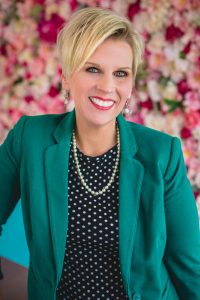 ABOUT MELISSA JOHNSON
Melissa Johnson is a writer who travels and a traveler who writes. Fueled by a desire to spread the message of empowerment through positive choices and attitudes, Melissa Johnson travels  regionally and nationally delivering keynotes and trainings to corporations, school districts, nonprofits, and civic organizations. She appears on panels presenting on the topics of entrepreneurship, positive leadership, and dream building. Melissa is a mother of four, and finds her best self when hiking and connecting with nature in the wild outdoors. The founder and owner of Oh My Cupcakes! in Sioux Falls, Melissa is also a writer and a speaker with the Jon Gordon Companies. Her book Fingers in the Frosting; God’s Hands on the Creation of Oh My Cupcakes! is available where books are sold. Melissa considers determination, a relentless desire to serve others, and unshakable optimism among her greatest gifts.

Limited in person tickets and virtual tickets are available.

Say the name Erin Brockovich and you think, strong, tough and stubborn. Erin is all that and definitely more. She is a modern-day “David” who loves a good brawl with today’s “Goliaths”. She thrives on being the voice for those who don’t know how to yell. She is a rebel. She is a fighter. She is a mother. She is a woman. She is you and me.

It’s been over 15 years since Julia Roberts starred in the Oscar-winning tour de force, Erin Brockovich. The film turned an unknown legal researcher into a 20th-century icon by showcasing how her dogged persistence was the impelling force behind the largest medical settlement lawsuit in history. Since then, Erin hasn’t been resting on her laurels…she continues to fight hard and win big!

As President of Brockovich Research & Consulting, she is currently involved in numerous environmental projects worldwide. She has requests for her help in ground water contamination complaints in every state of the US, Australia, and other international hot spots. She is currently working on cases in California, Texas, Florida, Michigan, Illinois, and Missouri. She is a true American hero whose icon status and “stick-to-it-iveness” only fuels her determination to expose injustice and lend her voice to those who do not have one. 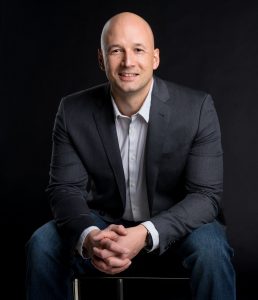 Taking a walk-through of the five areas and habits to improve upon and form within your life to become a higher performer, Patrick ties into this talk some of the highest performers in the world and their rituals and habits, as well as their upbringing and journey to the top. Prepare to take a good amount of notes, as the second half of this presentation is filled with concrete takeaways and items to immediately begin implementing to start climbing the ladder personally and professionally.

ABOUT PATRICK METZGER
At heart and by profession, Patrick Metzger has always been a teacher and coach, as he spent over a decade as a public school teacher and athletic coach in helping others reach goals and in building high-achieving teams.

After 11 years, he decided to embark on the entrepreneurial journey as an online coach in partnering with and supporting businesses and individuals in discovering and igniting their ultimate potential and highest performance. Within two years, Patrick had built his business from the ground up and was working with clients across North America, as well as performing keynote talks and professional trainings.

Now, as one of just over 350 Professional EOS Implementers in the world, Patrick helps owners of small to medium size businesses get the most out of their organizations by helping get everyone on the same page and executing the company vision, as well as by creating healthier, more cohesive and higher functioning leadership teams.

Building Your Business through the Power of Loyalty 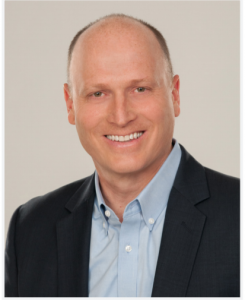 What is brand loyalty? Who’s most responsible for creating it? And, does it really matter anyway? Join us for a thought-provoking discussion with Wall Street Journal bestselling writer Shawn Moon, co-author of “Leading Loyalty: Cracking the Code to Customer Devotion.” You’ll discover how to systematically create loyalty among your employees and customers, how to implement and sustain loyalty within your organization, and how to increase loyalty with your multiple stakeholders.  You’ll also learn how to guide leaders at all levels of your organization on how to improve their Net Promoter Score and you’ll see how even small investments in building loyalty could mean a big boost to your bottom line.

ABOUT SHAWN MOON
Shawn Moon is an experienced executive and author with expertise in sales and marketing. He inspires others to become leaders through personal effectiveness and execution. Shawn served as FranklinCovey’s Executive Vice President, where he had responsibility for all of FranklinCovey’s director operations, including the company’s North American operations, UK, Japan, Australia offices, as well as the U.S. Government Services group. He also led the company’s Execution, Speed of Trust, Customer Loyalty, and Sales Performance Practices. He is the author or co-author of several books, including The Ultimate Competitive Advantage, Talent Unleashed, and Leading Loyalty.

Leadership During Crisis – Every Crisis Is An Opportunity 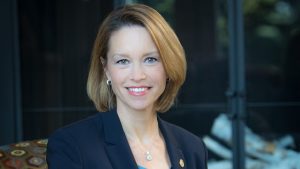 Discussion around the pivot(s) we’ve made as a University due to COVID, but also the opportunities that have been afforded to us.

ABOUT STEPHANIE HERSETH SANDLIN
Stephanie Herseth Sandlin grew up on her family’s farm near Houghton, South Dakota. She attended college in Washington, D.C., earning undergraduate, graduate and law degrees from Georgetown University. During this time, she was a teaching fellow for university students and an instructor on the faculty of the law school.

In 2002, she became the first executive director of the South Dakota Farmers Union Foundation where she worked to strengthen cooperative education and enhance rural economic development.

In 2004, she became the first woman elected to the U.S. House of Representatives from South Dakota as well as the youngest woman serving in the House during that time. While in Congress, she specialized in developing policy important to South Dakota, including agriculture, renewable energy, veterans’ education and tribal affairs.

She earned a number of national distinctions while serving in Congress, including being named among the Ten Outstanding Young Americans in 2006 by the U.S. Junior Chamber. She was also included on TIME magazine’s 40 Under 40 list of “New Civic Leaders.”

After leaving Congress in 2011, she became a partner in a Washington, D.C., law firm, building a public policy practice centered on bioenergy, food safety and nutrition. In 2012, she joined Raven Industries in Sioux Falls as its first general counsel and vice president of corporate development. As an executive officer for Raven, she was actively involved in strategic planning, governance, enterprise risk management and oversight of financial performance.

Herseth Sandlin and her husband, Max Sandlin, are parents to Zachary. They live in Sioux Falls and enjoy all things baseball and bluegrass. They also have four older children — Hillary, Trey, Emily and Christian — and three granddaughters, all of whom currently reside in Texas.